← more from
Thrill Jockey Records
Get fresh music recommendations delivered to your inbox every Friday.

by The Sea and Cake 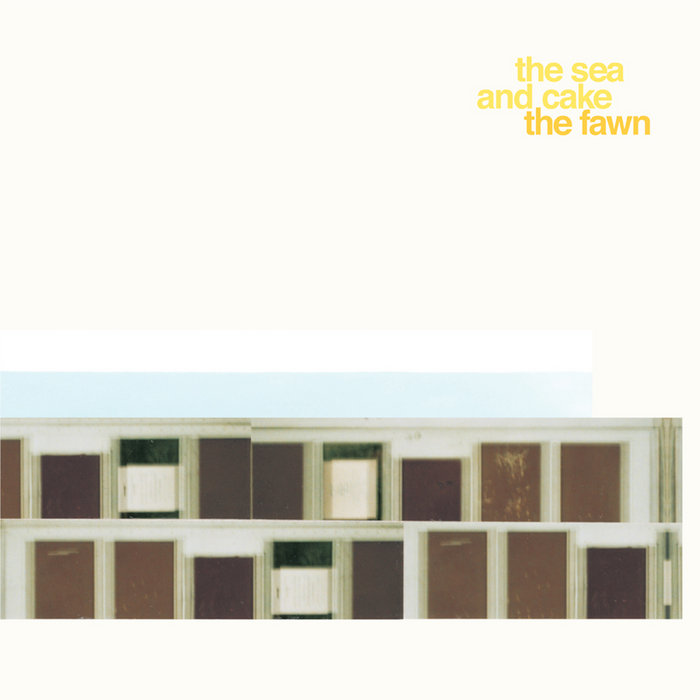 narvikwinter Lithe and agile, The Fawn features the Sea and the Cake coming into their own. It's one of their most consistently rewarding projects. Favorite track: The Ravine.

psina_koschka This album is the perfect soundtrack for a lonely summer, autumn, winter, spring, and summer again. And John McEntire's production style is priceless. Favorite track: Do Now Fairly Well.

With the core line up of Sam Prekop, Archer Prewitt, Eric Claridge and John McEntire in place, the band recorded The Fawn after spending most of 1996 on the road with tours of the US, Europe and Japan. Whilst many of the songs were tried out first live, they soon became after thoughts of the studio. What is most striking about The Fawn is the continued exploration of recording techniques which has long been a trademark of the band. With each release they have remained very much a pop band, but have embraced technology to augment their sound. The band broadened their range of texture and sound (strings, percussion and synthesized sounds) and spent more time in the studio than ever before. Refining and redefining the songs to make it their most diverse and accomplished record to date.

The Sea and Cake Chicago, Illinois

The Sea and Cake bridge the gap between Brazilian music of the late 1960's, African influenced guitar lines, and independent pop. A sound that is entirely distinct, centered around the delicate guitar interplay of Sam Prekop and Archer Prewitt, driven by the versatile rhythms of drummer John McEntire, and finally set apart by Prekop's vocals and oblique lyrics. ... more

Bandcamp Daily  your guide to the world of Bandcamp